VISUALIZING THE COST OF CULTURE

In these barren times of national bankruptcies and severe cutbacks, having the right figures is crucial. Perhaps even more important than the right statistics is the way that these are presented to an audience. In what way is policy hidden in numbers, and how can visualizations reveal the politics behind statistics?

Government spending on culture is a particularly juicy subject, both in the Netherlands and abroad. Statistics and visualizations are used by both the government and the private sector to make political statements; sometimes playfully, sometimes out of necessity. With contributors from Amsterdam, Bratislava and Novi Sad, this event explores the politics of visualizations.

Institute for Flexible Cultures and Technologies – Napon and Open Design Studio will present their joint long-term project: “Visible Data”. Initially this project focused on visualizing the systems that finance cultural institutions and apparatus’. It then expanded to explore other socio-cultural areas, currently analyzing, mapping and visualizing often complex and hardly accessible information regarding wider cultural policies, such as the education system or privatization processes. Visible Data researches the tactics of the politics behind visualizations and their questionable neutrality.

In 2010 and 2011 the project “Visible Data – Financing Culture” improved the capacity of cultural organizations by providing tools for efficient public policy monitoring and analysis. Designers and researchers involved in the project developed several models of data visualization, including analysis and research of data structure and meaning. “Visible Data – Financing Culture” aimed to implement collaborative processes in design practice, thus enabling design to act within a wider social scope. www.visibledata.info

This is the first research exhibition in The Netherlands wherein the healing properties of art and the placebo will be tested by a consortium from the Behring Institute, Haaglanden Medical Center, SKOR, Hersencentrum and EGBG.

Mediamatic has developed infographics that challenge the heavy Netherlands cultural spending cuts by placing them playfully in the perspective of other public spending.  They have also contributed to the Visible Data project. 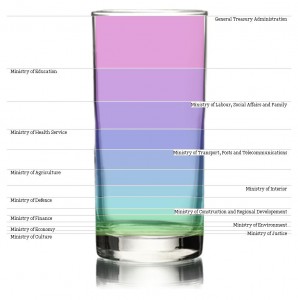