On 22 September artists Dries Depoorter and Douwe Dijkstra (former IMPAKT artist in residence) will join IMPAKT to talk about their upcoming installation Long Faces, which will be on display at Impakt from 28 September until 4 October. The work will be shown as part of the Interactive Expo of the Dutch Film Festival. During this event you will have the possibility to see a test version of the installation. The event will be moderated by arts journalist and editor Sacha Bronwasser.

Long Faces is an interactive installation by Belgian artist Dries Depoorter and Dutch film maker Douwe Dijkstra. It is an artwork that consists of a photo booth in which you can take pictures of yourself and your friends. Along with cold hard cash, your sad look and social media identity will be your currency. This photo booth only accepts photos in which the subject looks sad. The captured photos will be part of a simultaneous video work that is a real-time combination of the photo booth’s reality and the online world.

Long Faces is an installation that provides you with a classic selfie, but only if it can really take a look at you with today’s technological methods. 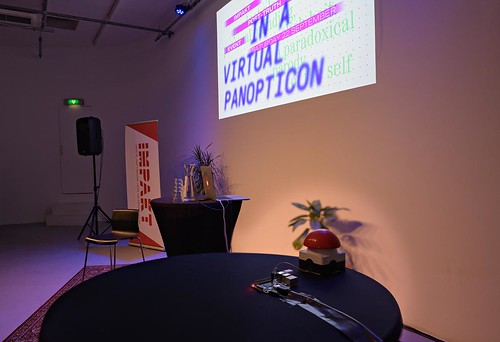