A World Without Us

Join the tour of the exhibition every Saturday at 16:00!

A World Without Us imagines a world without humans. The way we, as a species, currently interact with nature and the environment means that time will perhaps arrive much sooner than we can conceive. In 2007, American journalist Alan Weisman published a work of non-fiction entitled The World Without Us in which he describes what would happen to the planet if humans were to suddenly disappear. He outlines which traces of human civilization would soon be lost, how cities and houses would tumble into disrepair, which materials and structures would survive longest as well as how the various non-human organisms would develop after humanity’s disappearance. A World Without Us wants to communicate the urgency of working towards improved dealings with nature. The exhibition will both provide space for examples of the damage we as humans cause as well as how the right use of technology can create solutions.

The programme is aligned with the Post truth theme IMPAKT is focusing on in 2018. Climate change denial is a major issue in our Post-truth society. This denial contributes to an atmosphere in which it is nigh on impossible to create a general sense of urgency. The net result being that there is still insufficient social and political support to implement the necessary changes.

An exhibition with work by:

What: An exhibition with works about the post-Anthropocene, bio-art and robotics
Where: IMPAKT Center for Media Culture, Lange Nieuwstraat 4
When: Wed – Sun 12:00 -17:00 (closed on 26 December and 18 January)
Ticket: 4 euro (discount 3 euro)

Join us for the Future Life – Conference from 17-19 January and the artist talk by Maarten Vanden Eynde on 24 January! 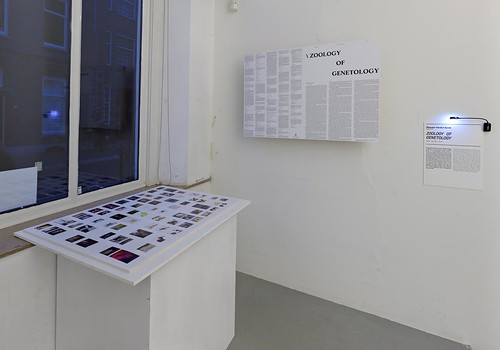