ArchaeaBot: A Post Singularity and Post Climate Change Life-form
United Kingdom / Spain, 2018
Fish tank, underwater robot, 30 x 30 x 30 cm
ArchaeaBot takes the form of an underwater robotic installation that explores what ‘life’ might mean in a post singularity, post climate change future. The project is based on new research about archaea (the oldest life forms on Earth) combined with the latest innovations in machine learning &amp; artificial intelligence creating the ‘ultimate’ species for the end of the world as we know it.

The work is made in collaboration with researcher/cryomicroscopist Amanda Wilson as part of the EU FET Open H2020 funded MARA project based in the Beeby Lab at Imperial College London, and with Professor Daniel Polani from the School of Computer Science at the University of Hertfordshire. The project is supported through an EMAP/EMARE artists’ residency at LABoral Centro de Arte y Creación Industrial in Gijón (Spain) with support of the Creative Europe Culture Programme of the European Union and with generous support from Arts Council England.

Antisocial Swarm Robots
United Kingdom, 2015
10 Robots, 12 x 10 x 10 cm
Antisocial Swarm Robots explores how humans psychologically perceive the programmed actions of robots by projecting their own meanings and emotional responses onto them. The tiny identical swarm robots do not like each other, nor the walls of their pen or visitors’ efforts to interact with them. The installation exposes subtle and complicated emergent behaviours that humans will psychologically perceive as having a wide range of high-level priorities, and even emotions and desires. Originally commissioned by The Science Gallery Dublin and supported by the University of Hertfordshire 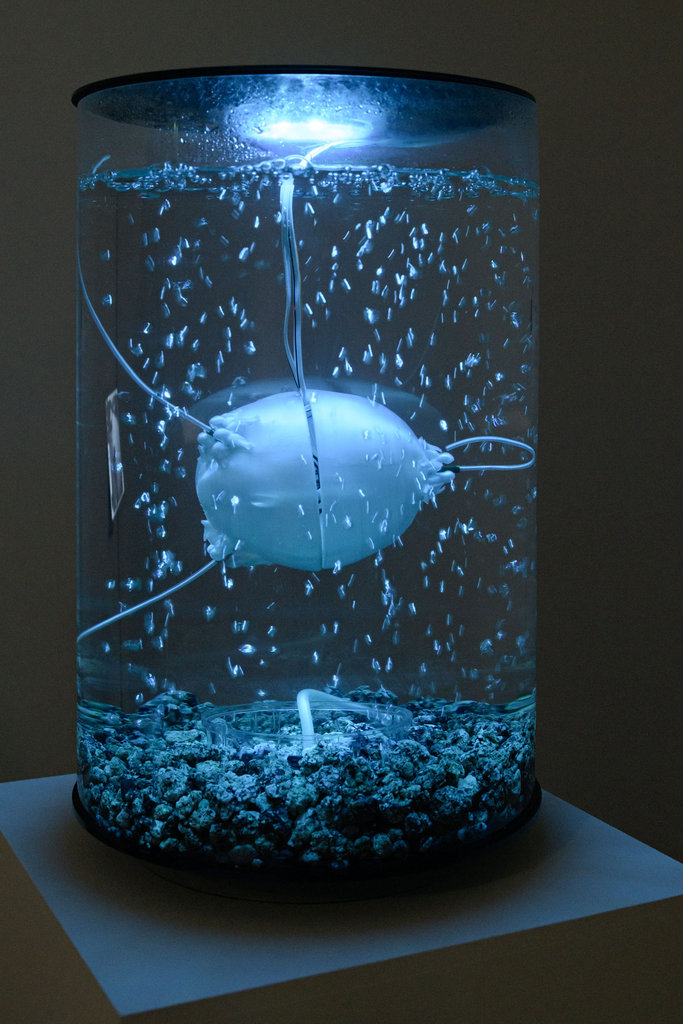 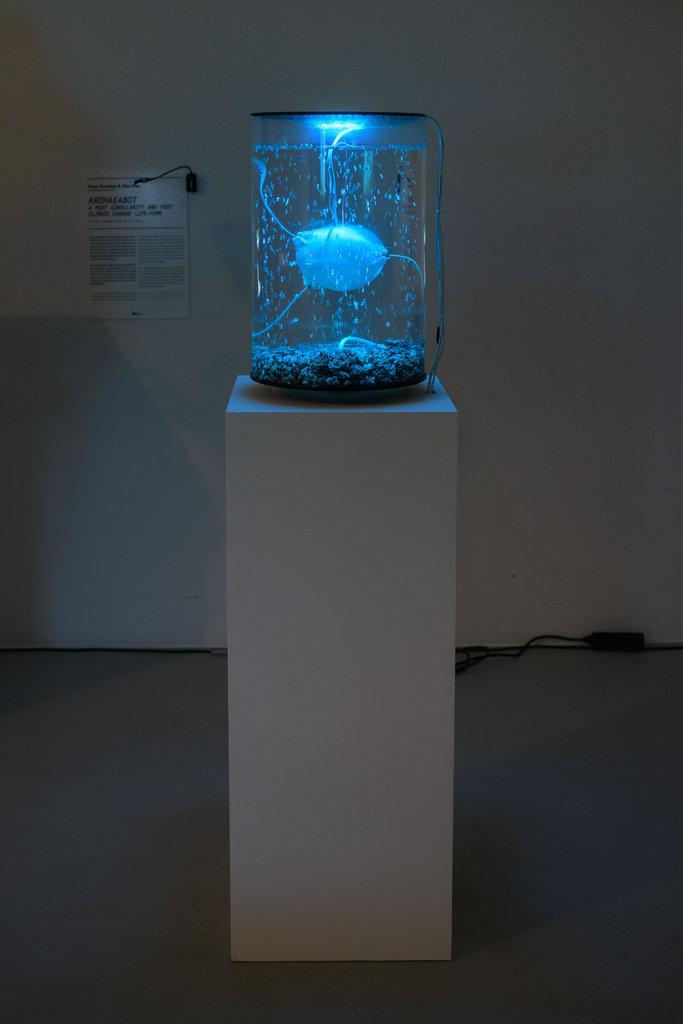 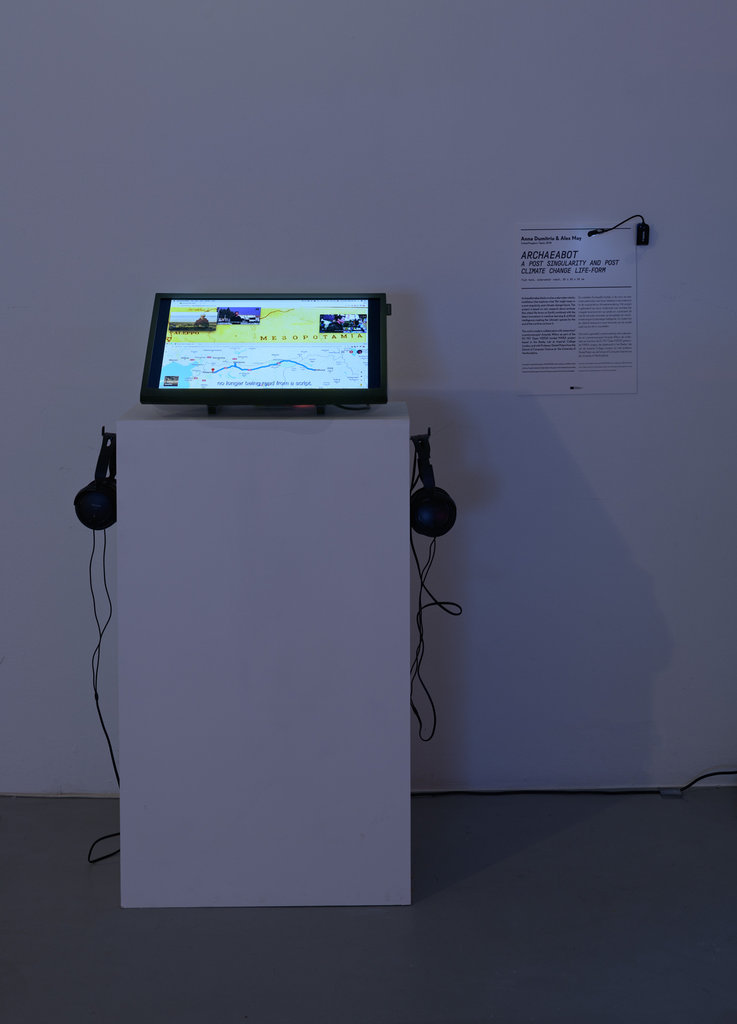 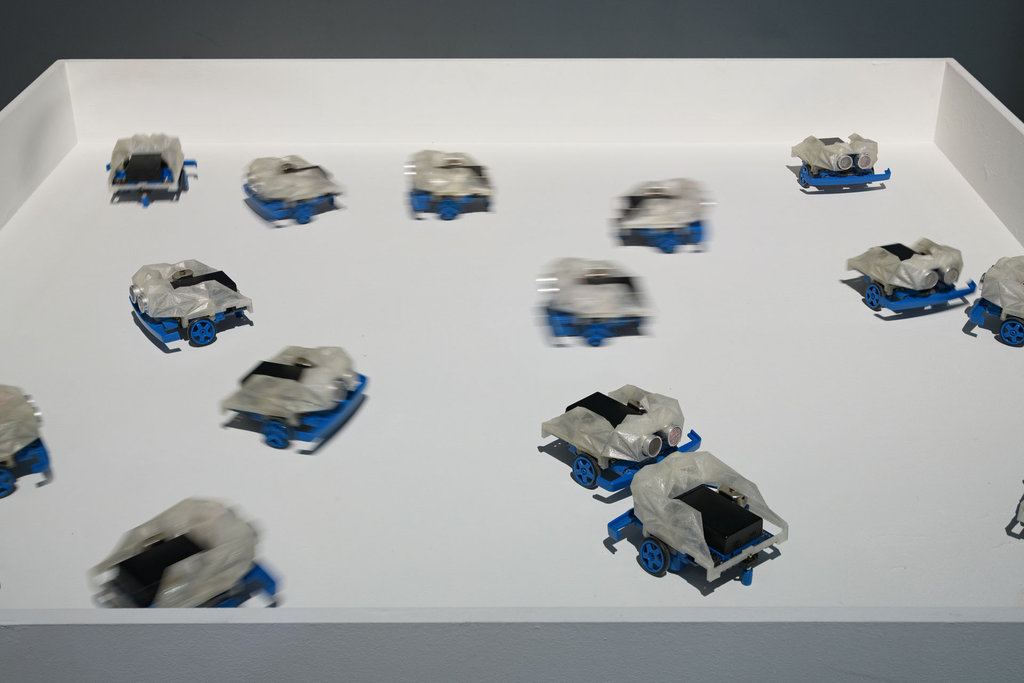 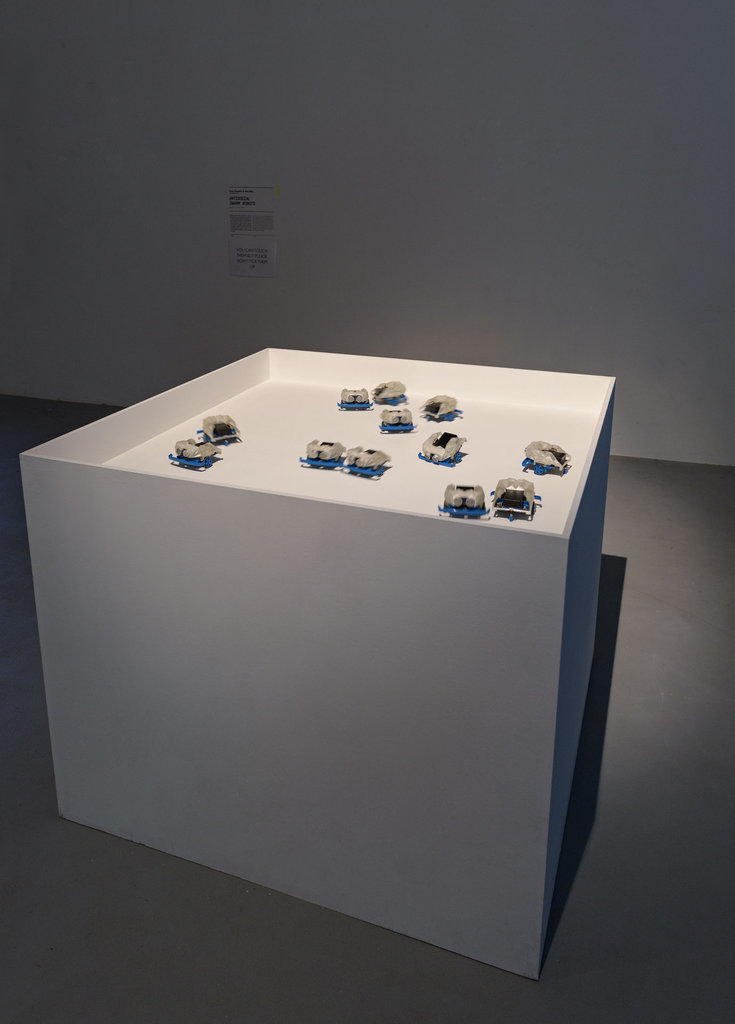