The South African artist Marlene Dumas came to the Netherlands in 1976 to study at Ateliers ’63 in Haarlem. One of her fascinations in her early work was pornography. Sex workers’ habit of choosing ‘exotic’ names for their act – also applied to sexy lingerie – has inspired this diptych: a sheet of paper covered with pornographic images and cut-out names of porn stars and a second sheet filled with the names of styles of women’s underwear collaged with a strip torn from a brown envelope with names of different styles of men’s underpants. This work formed the basis for one of Dumas’ first paintings, Exotic Lingerie. A year later, in 1984, the artist added a colourful third work to the paper diptych, My Name, In Your Mouth, which gave the triptych its title. In a wide-open mouth, we see the letter M, for Marlene.

Marlene Dumas’s In your mouth, my name is one of the works from the Centraal Museum collection, in dialogue with the artists from the Modern Love festival exhibition. 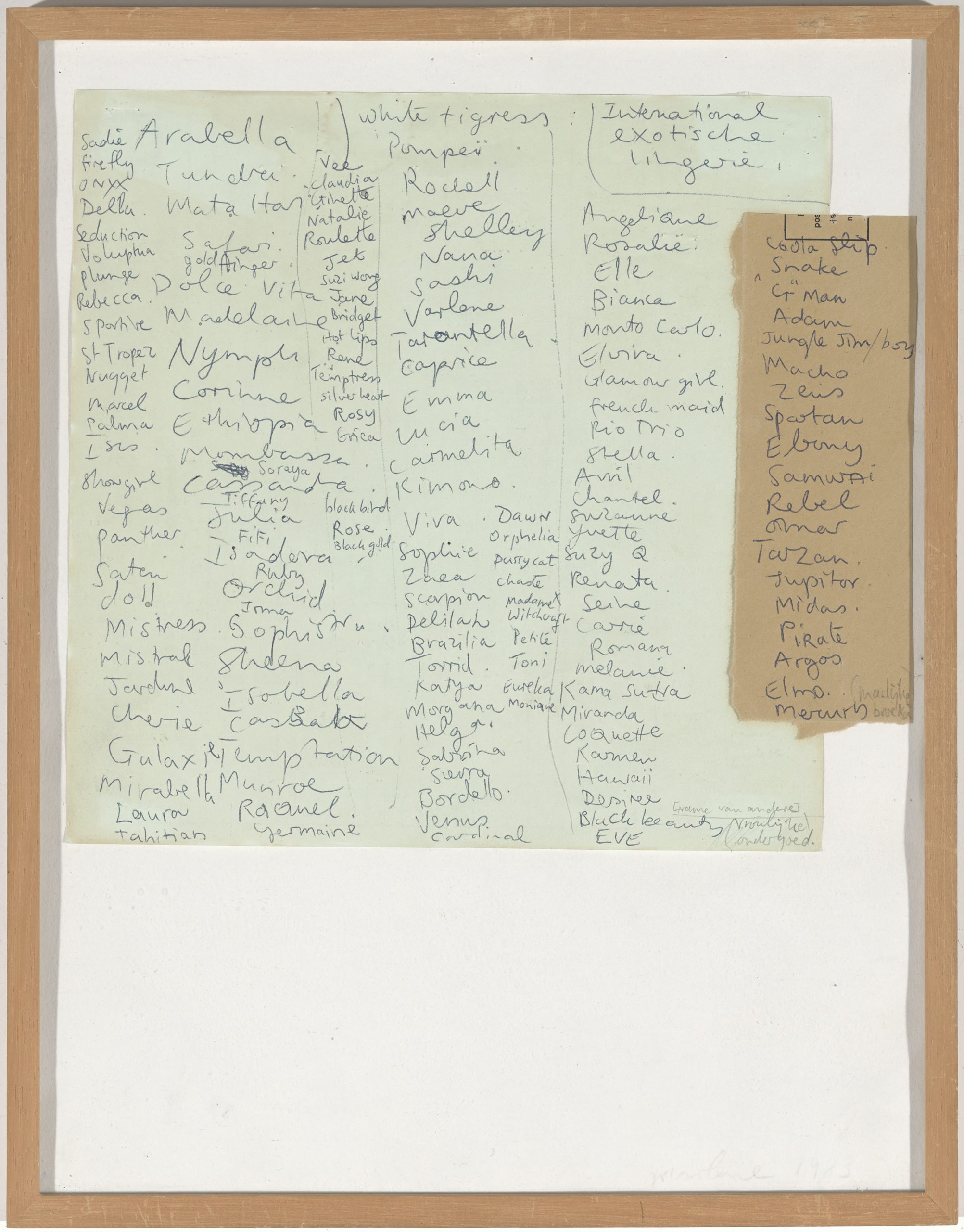