No maps to find home

No maps to find home is a video installation that uses material, which was filmed in Zyryanka (a settlement in the Russian Yakutia Region), combined with archival material from the artists family, and with footage that was found online. The work assembles a fragmented archive: an intertwinement of ecological and personal history.

Yakutia is called the cradle of the permafrost, since in this region the oldest origin of sub-terrestrial ice has been found.

Climate change is causing the ice to thaw. As a consequence the Siberian landscape undergoes a rapid deformation. Deeply buried memories of the land in layers of permafrost are transformed into mud and slowly flow into rivers, dissolving the ground and leaving it without support. No maps to find home observes personal history and memory in connection to the land where the artist was raised. An acknowledgement of disconnection and subsequent attempts of re-connection with that land are used to direct our gaze on the slow violence committed against the Earth. 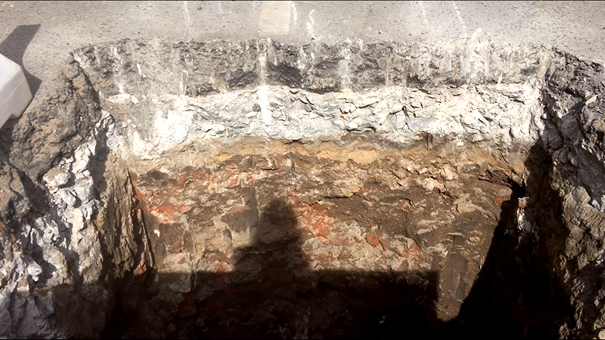