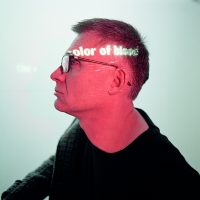 Herman Asselberghs
Herman Asselberghs (°1962 in Mechelen) is a Belgian artist whose work focuses on the questioning of border areas between sound and image, world and media, poetry and politics. Herman Asselberghs, who has published extensively on film and visual culture, teaches at the film department of Hogeschool Sint-Lukas Brussel. He lives and works in Brussels. 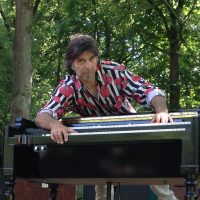 Pieter Van Bogaert
Pieter Van Bogaert was a part of the legendary formation The Crew from 1985 to 1990. He was involved in numerous blues projects such as Otis Grand The Dance Kings with whom he recorded the CD Always Hot and undertook several tours through U.K and France. In the mid 90’s he was part of Blue Blot with whom he registered the Cds Bridge to your Heart, Where do we Go, and Yo Yo Man. 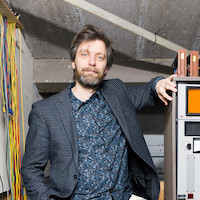 Joost Rekveld
Joost Rekveld is an artist who is motivated by the question of what we can learn from a dialogue with machines. In his work, he explores the sensory consequences of systems of his own design, often inspired by forgotten corners in the history of science and technology. His abstract films have been shown world-wide in a wide range of festivals and venues for experimental film, animation or other kinds of moving image. He has realized several installations and was involved in many collaborative projects involving composers, music ensembles, theatre companies, dance companies and artist’s labs.

Since february 2017, Joost has been affiliated to the School of Arts, University College Ghent as an artistic researcher. As a side-effect of his artistic work, he has been putting together many film programmes about the history of abstract animation and light art since 1990, has been curating several exhibitions and has published a number of essays. He is a board member of Sonic Acts (Amsterdam) and of the Centre for Visual Music (Los Angeles). 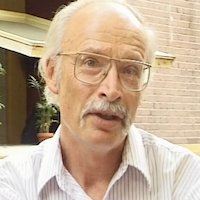 William C. Wees
William C. Wees is Emeritus Professor of English at McGill University in Montreal. From 1997 to 2008 he was Editor of The Canadian Journal of Film Studies. In addition to numerous articles and reviews chiefly on experimental/avant-garde film, he is the author of Vorticism and the English Avant-Garde (1972), Light Moving in Time: Studies in the Visual Aesthetics of Avant-Garde Film (1992), and Recycled Images: The Art and Politics of Found Footage Films (1993). Issue 52 of Jump Cut (Summer 2010) includes his essay on Péter Forgács’s Meanwhile Somewhere… 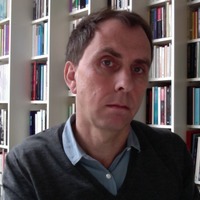 Camiel van Winkel
Camiel van Winkel writes on contemporary art and occasionally curates exhibitions. He teaches art theory and art philosophy at LUCA School of Arts / Sint-Lukas Brussels. He has a Master of Arts in Art History at the University of Groningen and a Ph.D in the Humanities at the University of Amsterdam. During the Exhibition the Gallery Will Be Closed. Contemporary Art and the Paradoxes of Conceptualism. 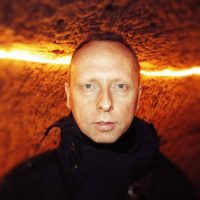 Robin Rimbaud
Scanner (British artist Robin Rimbaud) traverses the experimental terrain between sound and space connecting a bewilderingly diverse array of genres. Since 1991 he has been intensely active in sonic art, producing concerts, installations and recordings, the albums Mass Observation (1994), Delivery (1997), and The Garden is Full of Metal (1998) hailed by critics as innovative and inspirational works of contemporary electronic music.

To date he has scored 75 contemporary dance productions, including works for the London Royal Ballet and Merce Cunningham. In 2016 he installed his Water Drops sound work in Rijeka Airport in Croatia, Ghosts at Cliveden National Trust UK, and scored the world’s first ever Virtual Reality ballet, Nightfall.