The IMPAKT Festival 2008 was curated by Arjon Dunnewind and guest curators. 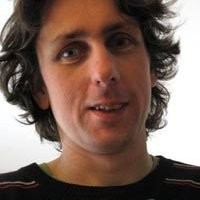 Romeo Grünfelder, a filmmaker and an artist, was a fellow of Villa Aurora in Pacific Palisades. In 2008, he received an art grant from the city of Hamburg. He teaches drama and philosophy at the College of Fine Arts in Hamburg. He lives and works in Hamburg. Grünfelder’s work was shown in an exhibition context and at international film and media festivals. His awarded short films are experimental documentaries in the broadest sense, oscillating between documentary and fine art. His main focus is on paranormal topics. 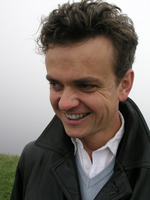 Marije Janssen (1979) studied new media & digital culture, and gender studies at the University of Utrecht. She co-­curated the C’lick Me festival which took place at Paradiso, Amsterdam on 2 June 2007. She also worked on the PINCHED festival which took place at Paradiso. In addition, Marije regularly publishes and lectures about feminism, pornography and online identity creation.

Migrating Forms, Nellie Killian & Kevin McGarry (You Are What You Eat)

Migrating Forms is the film/vi­deo organization that grew out of the New York Underground Film Festival, which was presented each spring, 1994-­2008, at Anthology Film Archives in New York City. Migrating Forms continues in NYUFF’s tradition­ noted for documentary and experimental film programming­ through a spring festival as well as year-­round programming and special projects.

Ola Vasiljeva (Ventspils, Latvia, 1981) lives and works in the Netherlands. Her work is part of the collections of CNAP, France, FRAC des Pays de Loire and Vleeshal, Middelburg among others. Ola Vasiljeva is represented by Antoine Levi, Paris and Supportico Lopez, Berlin. 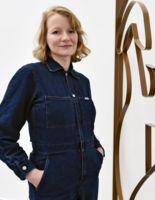 Florian Wüst is an artist and independent film curator based in Berlin. He has been a regular contributor to the Impakt Festival. Besides curating film programmes for international venues, Wüst frequently writes and lectures about topics related to film and society. Together with Stefanie Schulte Strathaus, he is editor of Who says concrete doesn’t burn, have you tried? West Berlin Film in the ’80s (2008).