Inclusive Extensions: The progress of the Workshops

In this three-day workshop, led by Marije Baalman and Simon Dogger, you learn how to design and build a functional prototype that improves accessibility for people with a visual impairment. We will work together as a group and smaller subgroups, from discussion, concept and experiment to realization, to give you the knowledge, tools and support towards realizing your own design. On this page we tell you about the outcomes of each day of the workshop.

The first of this three day workshop started with discussing some questions asked by Simon Dogger, which were: How do you experience the world? How does the world experience you? And what are your desires?

The questions could be interpreted in many ways and everyone came up with their own interesting answers. By answering these questions, there were three themes that came by the most, which were education, communication and label/value. We came to the conclusion that society as it is now, is not very inclusive, and we would like to change that in some way. In order to contribute to that change, we thought of the concept of a game concerning the main themes. We thought of a multi participatory and inclusive game where people with and without disabilities could participate in the setting of an escape room, and where the key for winning is the quality of everyone in that game. With the game, we would like to create awareness concerning people with disabilities, and instead of seeing someone’s disability as a burden, we want to turn it around and see it as a quality.

We started the second day of the Inclusive Extensions workshop by reflecting on the outcome of the first day of the workshop: the concept of a multi participatory and inclusive game in an escape room setting. We decided to take a step back, because otherwise, we would limit ourselves to just an escape room. We thought we could think of another game setting as well.

However, the goal remained the same. We wanted to develop something with the aim of achieving a connection between a diverse group of people. The aim was to create a bridge between different worlds. But in what kind of setting? Different ideas came by, like a card game, but also some ideas that deviated from a game setting, such as a cone-like device to stimulate interaction with each other.

Eventually, we decided to stick with a game-like setting and came up with an idea of a game that related to a Dutch tv-program called Over de streep, which is derived from the original American tv-program called Challenge Day. All participants came up with questions and we decided to test the original concept, but we found out that the original concept is not very inclusive for people with a physical disability. We then came to the idea to create a board game with pawns with different textures, so that participants with a visual impairment can feel where they and the others are on the board.

The last workshop of Inclusive Extensions will happen on the 22nd. We will update this page after this workshop has happened. 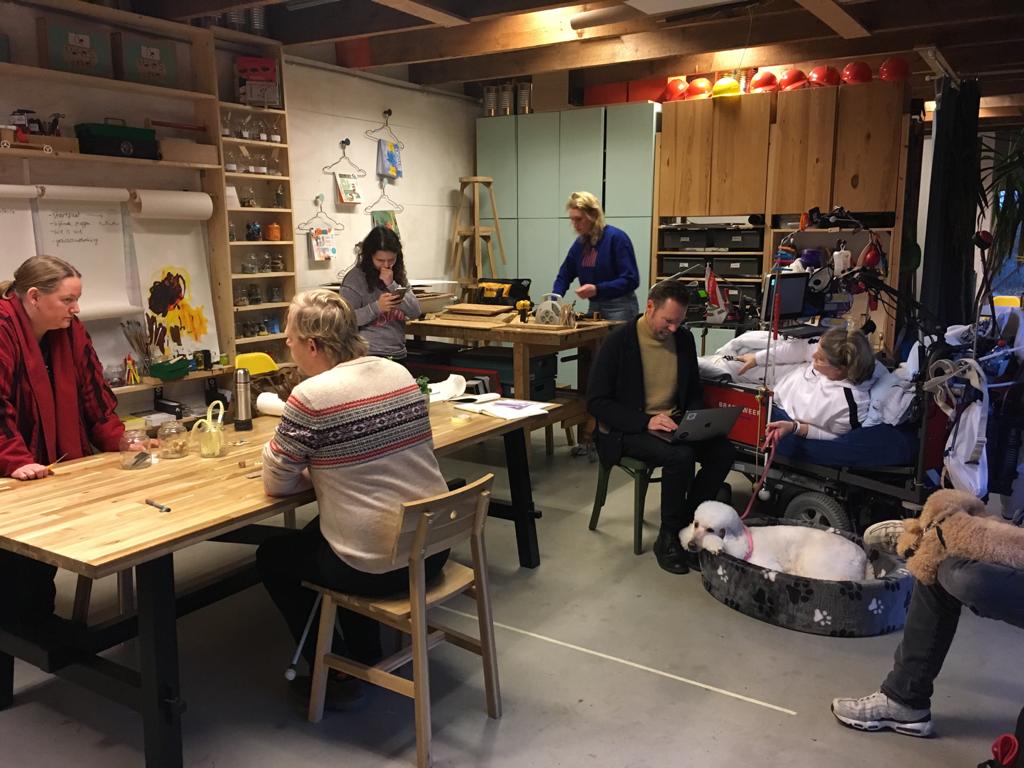