Each week we discuss an artwork that’s demanding our attention right now. This week it’s the turn of Digital Embrace by Hannah Toticki Anbert.

Monument to the Home Worker. That’s not the artwork’s title, and I don’t suppose that’s what it’s intended to be, but it’s how I see it. Just when we were getting reaccustomed with the office landscape, we are being sent home again, back to our tracksuit bottoms – or this suit by 37-year-old Danish artist Hannah Toticki Anbert.

It is knitted in the form of a onesie, complete with gloves and slippers, with computer keyboard keys sewn in. Become one with your computer. The reality of remote working has never been better imagined. And there it dangles, so clunkily, from a clothes hanger. Clearly, the home worker is an antihero. The true heroes will just carry on going to the front line (I hope).

Toticki Anbert is well represented at Modern Love (or Love in the Age of Cold Intimacies) the exhibition currently running at two venues in Utrecht: Centraal Museum and the headquarters of IMPAKT Festival. The entire exhibition (which was previously displayed in Germany and Estonia) centres on intimacy in the digital age. Online dating is covered extensively, for example, and one artwork has two smart speakers flirting with each other.

Toticki Anbert is clearly critical about our intimate relationships with technology. She makes pairs of glasses with rectangular areas obscured so you can’t see your phone screen, and she came up with jewellery for your finger tips to ‘protect’ you from using your device.

This yellow and green suit titled Digital Embrace shows what happens when you get together with your computer in an unprotected, unboundaried way. It’s a frightening vision when viewed in this light, now that the L-word is in the air again. On a shelf next to it lies a bright green blob of resin which also contains computer keys. It looks as much like a congealed mound of keyboard spew as it does a futuristic, ergonomic innovation. Is this entire piece perhaps a dystopian harbinger of a future in which we implant keys in our clothes or ourselves?

The other extreme still exists too, of course. I won’t over-idealise the office environment. Just consider the ‘box man’ by Erwin Wurm. Like Toticki Anbert, this 67-year-old Austrian artist specialises in ‘clunky’ art. Wurm has made several series of box men and box women: headless mannequins with box-shaped torsos dressed in highly professional clothing pulled tightly over them. Smooth and unbending, they present the office suit as a miniature prison. Within the context of Wurm’s body of work, this piece should probably be seen as an indictment of the bourgeois mindset.

So anyone wanting to escape the straitjacket of office life would perhaps be better advised to don Toticki Anbert’s suit. But I can’t guarantee you’ll be able to take it off again – it’s got no buttons or zips.

Read more about the exhibition 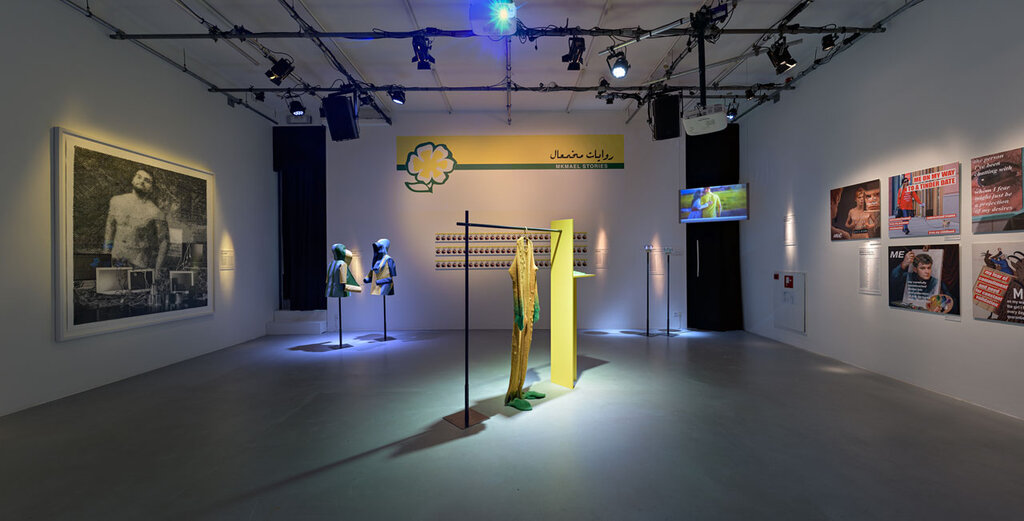