“The Plasticine is an action being carried out on itself; a wave molding the very substrate that carries it, as it crashes against its own defenses.”

Full text of Becoming Horror in the Plasticene

I write this at the tail-end of what might yet be only the ‘1st wave’ of the Covid-19 pandemic. In a period of just a few months our global civilisation, of which ‘we’ are all implicated, has had its short-term resilience tested at a scale unlike any seen before. Though I could pick many particular events or anecdotes to try and summarise this tumultuous time, I am reminded of a chart widely shared on social media during February and March 2020 – at a time when it first became apparent that Europe was probably set to suffer similar lockdowns to those we had seen in China and South Korea. The Global Health Security Index, released in October 2019 by the Nuclear Threat Initiative, ascertained the ‘health security’ of 195 countries on a scale of 0-100, with 100 being the highest level of preparedness to a pandemic. At the top of the graph sit the USA and UK, with scores of 83.5 and 77.9 respectively. China – a country no-one predicted was on the brink of an actual outbreak at the time the index was published – is at number 51 on the chart, with a score of 48.2. The way in which you judge these scores will depend on the time you are reading this text, for I cannot know what another few months or years has done to our understanding of Coronavirus and each country’s response to it. But as I write this in July 2020 we can at least say that ‘health security’ did not appear to match up very neatly to actual pandemic response. It will be no doubt be debated for many years what factors most contributed to each nation state’s response to the virus entering their borders, but we can at least agree – by looking closely at countries with very different numbers of cases of the virus such as the USA, UK, Brazil, Sweden, Germany, New Zealand, Russia and others – that as well as luck and timing, it is worth considering political differences amongst each country’s differently aligned governments as one of the best predictors of how they responded.

In returning to my short text, Becoming Horror in the Plasticene, published as part of The 3D Additivist Cookbook (co-edited and published by Morehshin Allahyari and I in 2016) I was struck by the different timescales I managed to grapple with in relation to plastic. So often we tend to the problems of environmentalism, or even pandemic preparedness, at scales which are impossible to square, because they either take place at the human scale of a few years, or scales vaster and more stretched out than any of us is capable of comprehending individually. I still think my text does a pretty decent job of rendering these scales with the many in between; a posthuman conceit that leaves us better able to consider how the smallest of human actions (i.e. making things from the plastic extruded from a 3D-printer head) can, and always do, have deep temporal and material consequences, and what it means to embrace that as a part of the creative process. Relatively absent from my text, though, are any indications as to how ‘everyday’ politics plays a factor in this. And so I end here, if only to note that the future of this planet, its human and non-human inhabitants, and the very make-up of its material heritage, are under the influence of cultural, ethical, political, economic, infrastructural, and even rhetorical factors playing out through the egos of our leaders. The Coronavirus itself is incapable of perceiving these factors, and yet its viral success at ravaging our immune and economic systems alike depended on the cultural, ethical and political just as much as the biological and environmental. 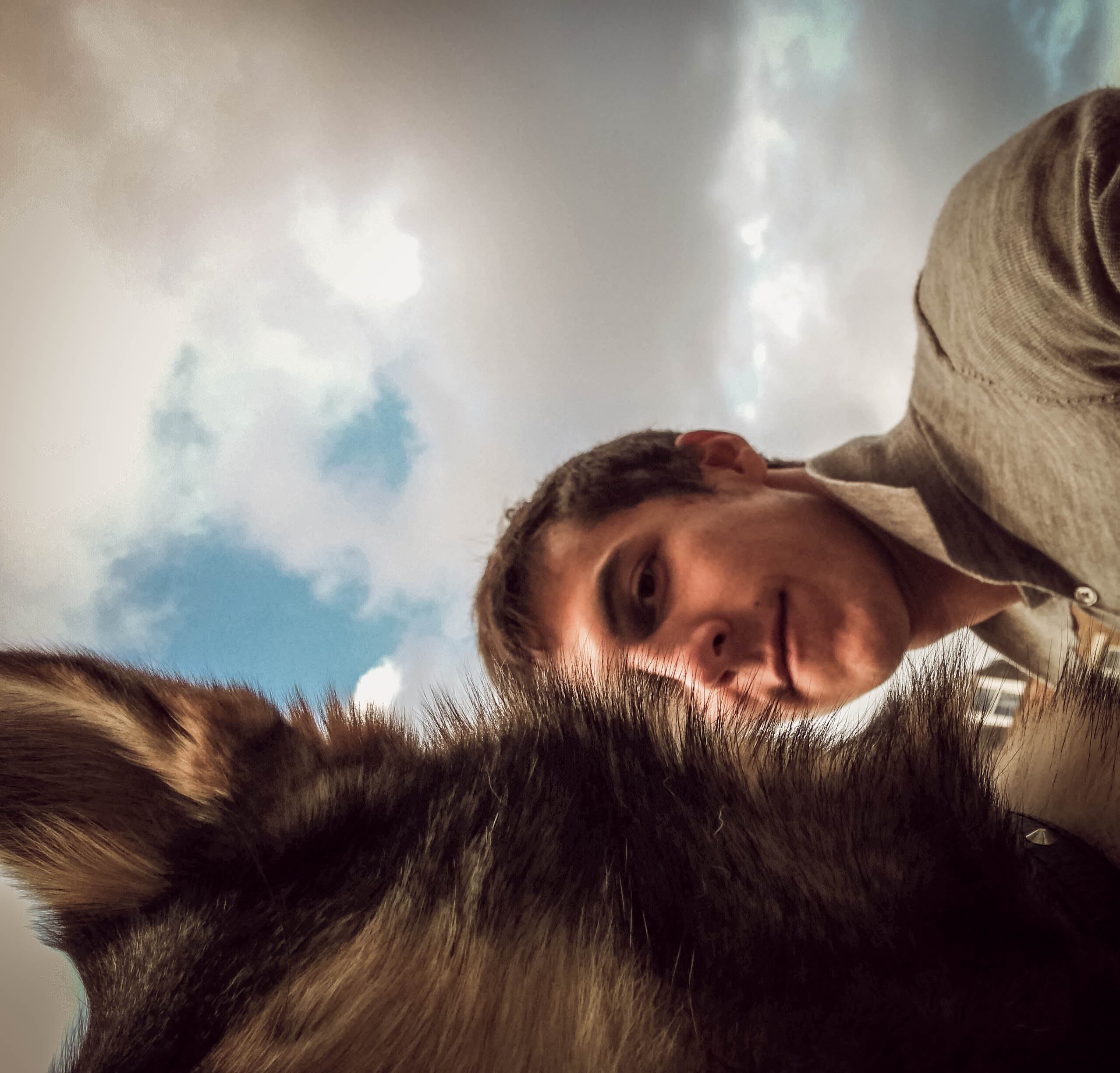 Photo of Daniel Rourke made during quarantine