On the Outside Speaking from the Inside

A parallel is drawn between a narrative of the attempted subjugation of the Earth, and a form of disconnect from one’s emotion, experienced especially by men.

In a metasentimental performance we relate to changing definitions of nature and love. Both concepts have for the longest time been subjected to a definition that revolves around consumption and possession. A definition that has brought on a lot of damage. Two autonomous beings express their thoughts and feelings to each other through prerecorded songs and text bites are collaged into a conversation.

This conversation is being processed through an action of weaving on a loom that creates a set and setting for the performance.

The sound tells a story, the action of weaving leaves behind its traces.

An attempted act of coming together, trying to find agency through voicing an experience of living in unchosen structures by creating a new woven structure. 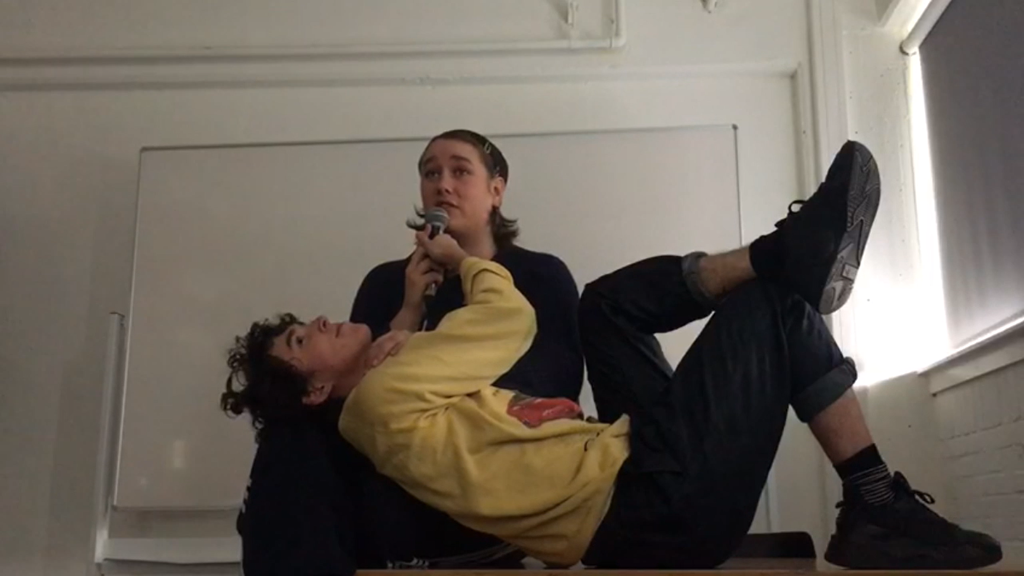